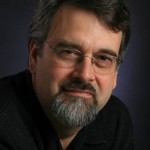 Just this week I’ve had three different clients say to me “I don’t want to be seen as a complainer.” The word ‘complain’ has such a negative connotation, as if complaining was a basic character flaw.
I think a person who never complains isn’t paying attention. It’s natural for intelligent observers to see the gap between what is and what could be. People who never complain seem kind of lifeless and uninteresting to me. I find relentlessly positive people to be relentlessly annoying.
And it’s not as if we don’t have things to complain about. There’s the awful coffee at the business meetings, Bill’s monthly sales presentation which always makes me want to kick him in the groin, the balky computer, the dismissive boss, and the loud music at the restaurant. I could go on and on.
I don’t think things would ever get much better without some good old-fashioned complaining. No news definitely isn’t good news, especially in business cultures that deflect or discourage complaining.
Listening to a complaint can be tough. I’m likely to feel personally attacked even if it’s not warranted. I’m likely to feel annoyed by the person who points out how my carefully selected course of action isn’t working or my choice of snacks for the company meeting wasn’t well considered. I’m likely to feel slowed and distracted by complaints as I try to work my daily plan. I’m likely to think poorly of the complainer, and to label, fairly or unfairly, their behavior as victimhood, negativity, or just plain crappy attitude. In other words, my response might be to complain about the complaint.
I would ask all of us to be careful not to dismiss complaints so quickly. Sometimes the complainer has something very important to say. It might be something our ego doesn’t want to hear, but it’s important nonetheless. Obviously there are people whose approach is persistently negative, and as coaches and friends we can sometimes guide these people towards a more positive mindset. But the complainer is just as often a person who’s really thinking about things, who sees the gaps, and who may be speaking for any number of others who are more hesitant to complain.
Coach yourself and your people to bring forward complaints in a professional and problem-solving manner, but don’t create an environment that’s hostile to complaints. As hard as it may be to listen, we must.