“Lean In” – It’s What Everyone Should Do 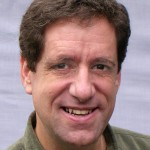 The problem with Sheryl Sandberg’s brand new book Lean In is not her “controversial” content, but the firestorm that’s risen around it.

“Lean In” is not just a great book title; it’s a rule of thumb for life.  For engagement.  For grabbing life — all of it — and going for it.  This comes easier to men than women in general, so it’s fitting for Sandberg to offer this advice to her gender – the gender that’s biologically programmed to be more the caretaker than the aggressor, biologically programmed to think more “we” than “I.”  The gender that’s statistically proven to under-assert their own value.

And it applies to all of us:  Lean in. Go for it.  Follow your own dreams, claim your own path, recognize your value, and request an appropriate level of respect for it.  It’s not about being aggressive; it’s about taking the risk to be assertive about what matters to you.  A life without risks, she seems to be saying, is not a life well-lived.

Doesn’t matter whether that means asking for a promotion, asserting your point of view in a meeting, or being a stand for stay-at-home motherhood.  Her point is, Be a stand.  Period.  For whatever calls you.  As opposed to letting the world have its way with you.

The women’s movement has matured in the past couple of decades into the understanding that it’s okay for women to choose motherhood and family over career, if that’s what they’re called to do.  And if they’re called to both, then our culture owes it to all of us to make room for both.

Sandberg hopes, as do I, that more women will take that stand for both family and career.  In a world that’s long on aggression and short on caretaking, we need more women to “lean in” to leadership in business and political arenas.