I’m supposed to be an expert on workplace dynamics, partly because I co-host The Boss Show.  But I love it when one of our listeners suggests something profound that I’d never thought of.

It’s about emotions in the workplace – a subject we discuss frequently and recently dedicated an entire episode to.  The listener was Elizabeth Cole from New Jersey.

But Elizabeth Cole brought in an “aha” – a new dimension of the complexity of dealing with emotions  in the workplace. 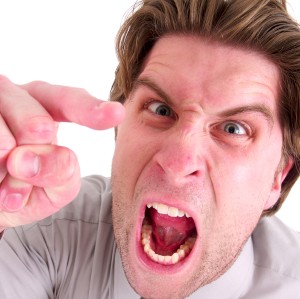 with the genders.  Meaning this:  the manager who rages at a subordinate tends to earn “respect” by doing so.  We might not like the behavior, but it intimidates us, and his perspective is likely to hold sway as a result.  So expressing emotions in dominating ways builds power.

On the other hand, when a coworker cries – even as a result of the same anger that led the other coworker to yell — we tend to discount her (and yes, it most often is “her”). We might offer her compassion, but what we tend not to offer is respect.  Tears are seen as evidence of powerlessness, not passion.  And the crier seldom gets promoted.  The yeller is seen as powerful, and often does get promoted.

To put icing on this poisonous cake – the result of yelling is that the conversation gets shuts down, dissent and creativity get stymied.  All of which make it less likely that a higher level result will be reached.  The crier doesn’t have that impact.

Is this how we want to regard emotions in the workplace? Do we really want to reward the yeller and punish the crier?  And what about the subliminal sexism this dynamic represents? 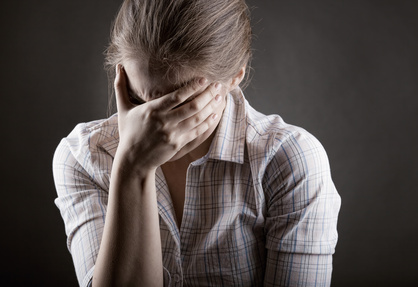 Whenever someone says they have no gender bias, I like to remind them they don’t know what they don’t know – like the many ways our culture unwittingly treats women worse than men.  And how deeply our own thinking is influenced, like it or not, by our culture.
We asked Elizabeth to come on the show, and she expressed it better than I did here.  Take a listen – and then tell us what you think
.